The 2021 World Championship of Online Poker on PokerStars was concluded on September 16th. All of the winners got their prizes with the largest one in the WCOOP 91-H: $5,200 NLHER Main Event. A Russian poker player Sergey “CrazyLissy” Denisov has managed to go against the odds and win the Main Event for a top prize of $1,499,942. This was “CrazyLissy’s” second WCOOP victory, with the first coming in 2019. To gain this title, “CrazyLissy” had to overcome Stevan “random_chu” Chew who was dominating Day 3, and come back from a significant disadvantage during heads-up against Pascal “Pass_72” Lefrancois. Read on for more detailed coverage and the final table results.

The WCOOP 91-H: $5,200 NLHER Main Event was able to gather a field of 1,965 total entries and form an impressive prize pool of $10,000,000. Moreover, the top 239 finishers had finished in the money and all of the top eight players had finished with at least six-figure payouts. There were only nine players remaining on the final day of the event. Stevan “random_chu” Chew from Australia entered the final table as a chip leader.

The next participant to be eliminated was “necgaidziai” from Lithuania when his A J went up against K K of Stevan “random_chu” Chew. His pocket kings came out on top and “necgaidziai” was eliminated with $140,180 for his eighth-place finish.

Linus “LLinusLLove” Loeliger was the next one to fall. A star of online tournaments was knocked out by Pascal “Pass_72” Lefrancois. Loeliger and his A J were beaten by the A 8 of Lefrancois on the turn. Loeliger went all-in with A J high but Lefrancois has managed to get a pair of eights. Unfortunately for Loeliger, the river did not change anything for him and he was eliminated with $196,792 for his seventh-place finish.

The next knockout was performed once again by Stevan “random_chu” Chew. Markus “playboy99999” Prinz went all-in with his 7 6 and a K Q 6 on the flop. Meanwhile, Chew had A 10 and was at a clear disadvantage, however, he still called. The turn gave Chew a much-needed J for a straight and solidified his position as a winner. Markus “playboy99999” Prinz was eliminated with $276,069 for his sixth-place finish.

Unsurprisingly, the next elimination was performed by Stevan “random_chu” Chew. This time, Marco “marcozevola5” Zevola became his victim. Zevola has managed to get a top pair on the flop and a flush draw. However, he was unable to beat the triple sixes of Chew when he went all-in on the river.  Marco “marcozevola5” Zevola was eliminated with $387,284 for his fifth-place finish.

Sergey “CrazyLissy” Denisov has started his climb to the top with a pair of crucial double-ups during four-handed play. First, he was able to flop a set of threes and beat pocket nines of Chew. After that, “CrazyLissy” was able to snatch a big pot from Chew after he went all-in with his A 2. This victory has allowed Denisov to take the top spot on the final table leaderboard. It all culminated soon enough when “CrazyLissy” got pocket jacks and decided to go against “Rebel FishAK” and their A 10. Denisov was able to come out on top during that hand and “Rebel FishAK” was eliminated with $543,301 for their fourth-place finish.

The final knockout before the heads-up play was carried out by Pascal “Pass_72” Lefrancois. Stevan “random_chu” Chew has decided to shove from the small blind (around 24 big-blinds) with his pocket fives. Little did he know but Lefrancois had in the big-bling had pocket eights. Lefrancois was able to extend his lead when he flopped an eight to get a set. The turn did not make the situation better for Chew and he was eliminated with $762,169 for his third-place finisher.

With only two players remaining, it was now time for a heads-up play between Sergey “CrazyLissy” Denisov and Pascal “Pass_72” Lefrancois. Lefrancois had a confident chip lead with 309,873,684 against Denisov’s 181,376,316. On top of that, Lefrancois was able to pull away early in the showdown. However, it all changed when Denisov managed to double up with A 2 against Lefrancois’s A 8 in order to stay in the game and keep the last hope alive. The definite turning point for Denisov in this duel came soon enough. The Russian poker player was able to jump into a huge lead after his pocket tens defeated Lefrancois’ A J. The heads-up play concluded in the very next hand. Lefrancois went all-in with his Q 10 against J 6 of Denisov. The board showed J 4 4 7 8, giving Denisov a two pair and the 2021 WCOOP Main Event title. Pascal “Pass_72” Lefrancois earned $1,069,210 for his second-place finish and Sergey “CrazyLissy” Denisov won $1,499,942 for his first-place finish.

It was definitely an exciting victory for Denisov and for the spectators watching. At the start of the final day, nobody really believed that “CrazyLissy” has a chance to keep his place at the table for long, let alone come out victorious. It was truly an underdog story worthy of TV screens. 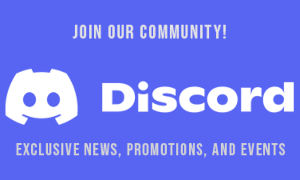 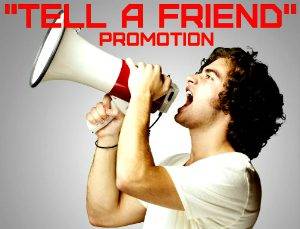 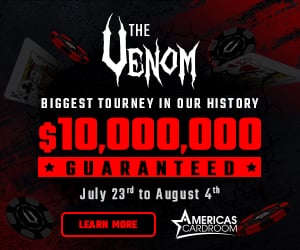